Crocker Law Firm’s Vicious Spellers of Bristol have a score to settle.

Close, but no cigar…or trophy, in our case.

Our team was awarded a framed certificate which has hung in my office, mocking our team for nearly a year. For our sophomore attempt, Joseph, Gena and I are determined to upgrade.

Spellabration 2019 will be held on Friday, February 22, 2019 at the Sloan Convention Center.

The theme for this year’s event is “Spell-A-Lot,” based on “Monty Python and the Holy Grail.” Teams are encouraged to dress up and decorate their tables according to the event theme or one of their own. Last year, the Sloan Convention Center saw characters from “Game of Thrones,” a handful of bees, a giant white squirrel, and of course our team’s Cat in the Hat flanked by Thing 1 and Thing 2. Creativity is rewarded by the presentation of the spirit, table, and costume awards.

This year’s spelling bee promises to be even more challenging with the addition of the catapult, allowing competitors to launch stuffed animals at their opponents as a distraction.

I think it goes without saying that Spellabration is not the quiet, reserved spelling bee you might remember from elementary school. 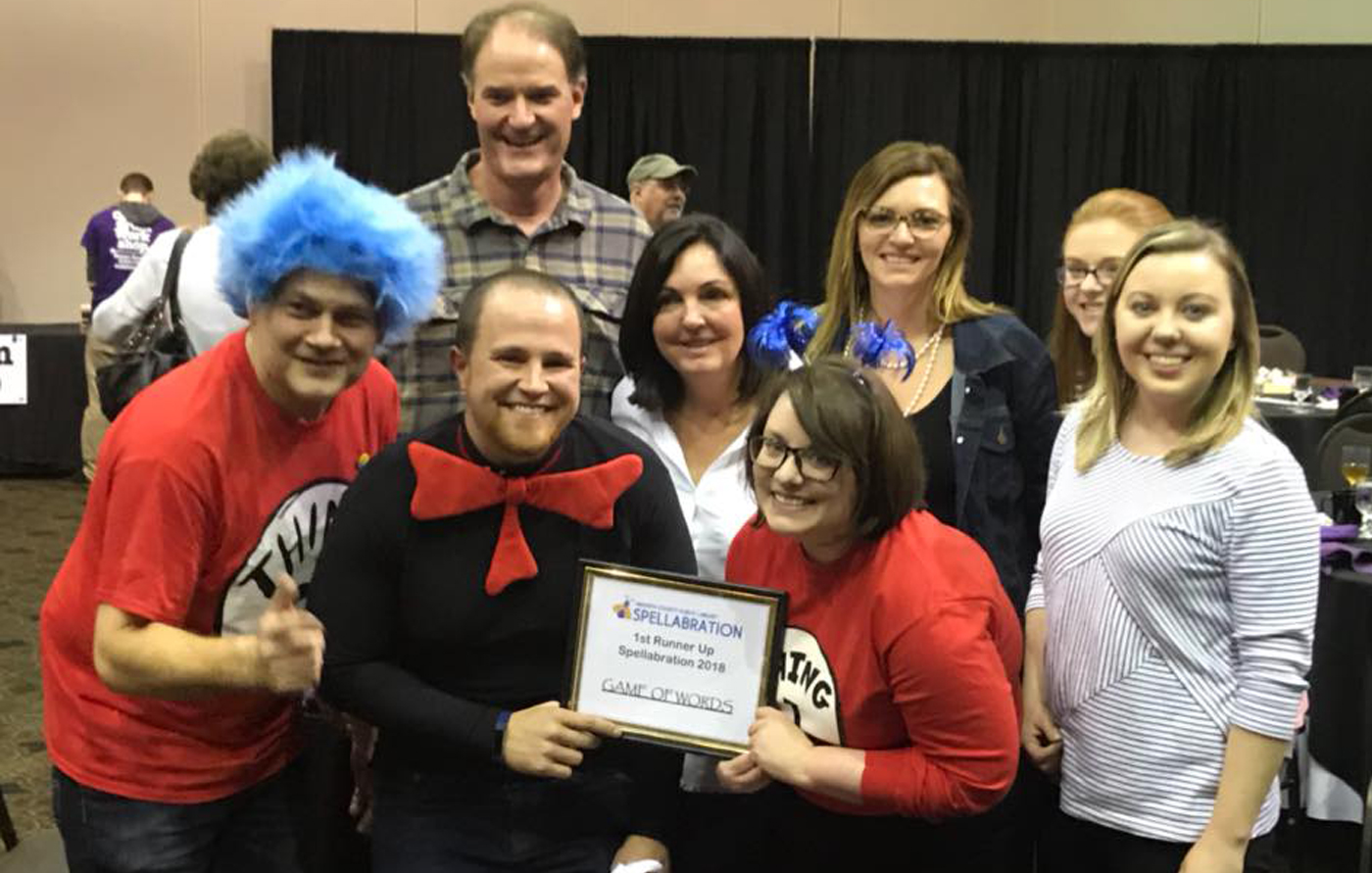 Please be aware that no attorney-client relationship is established by the submission of the contact form or other use of the internet to contact Crocker Law Firm or any individual member of the form. Crocker Law Firm does not accept a new client without first investigating for possible conflicts of interest and obtaining a signed representation agreement.

Do not use the contact form to submit confidential, privileged, or sensitive information. As with any information submitted over the internet, there is a risk that it could be intercepted, viewed, or retrieved by a third party. Because we do not have an attorney-client relationship, and because of the nature of internet communications, the information you submit is not privileged.

By clicking “accept” you agree that we may review any information you transmit to us. You recognize that our review of your information will not preclude us from representing another client adverse to you in any matter, including the matter about which you have contacted us.